About The Gipsy Kings Style Duo

The two guitarists have bridged the worlds of classical and blues guitar for well over 20 years now. A married couple, a professional partnership, and, in the end, two people who very much love to play their guitars.

They are, along with Jim Stubblefield, co-founders of the acclaimed genre-bending instrumental “world guitar” group Incendio, with 9 CD’s and two DVD’s available internationally. Constant live work since the year 2000 has galvanized their playing. Their compositions outside of Incendio have been heard on an astounding variety of TV shows and movies, from the blockbuster comedy “Bridesmaids” to “Law and Order” to “Burn Notice” to so many more.

But for Carbé and Durand, Liza sets aside her bass as well as scoring to come back to her first love, the acoustic guitar. It is the instrument she most connected with as a child. In the little spare time outside of Incendio, Liza and JP have concentrated on a variety of classic tunes done in their two-guitar style. Their new disc, “A Bridge Between”, is recorded live in the studio, capturing the fiery spontaneity of their duo concerts.

“…simple beauty of two committed players working together to achieve the most sonorous sound possible.”

Late in the recording process, the duo decided to add some original pieces to the mix, done on steel-string as opposed to the nylon-string guitar. Those songs widen the original scope of the project and further capture the timeless, simple beauty of two committed players working together to achieve the most sonorous sound possible.

Liza brings a wealth of musical knowledge and guitar discipline to the duo. A guitarist from the age of 8, Liza went on to obtain her degree in classical guitar from Cal State Northridge. She soon served two masters – classical guitar and voice by day, and rock and roll bass by night. She traveled the world, playing in the rock group Vixen as well as backing up former Santana singer Leon Patillo.

During her stint playing guitar in Lindsay Buckingham’s 1993 solo tour, she met JP, joining him in his Steely Dan cover group, Pretzel Logic. Shortly thereafter, she and JP married, and they were off writing music for Entertainment Tonight, which eventually went into the general Paramount music library and was used extensively in many different movies and TV shows. By the time Liza started playing with the Jim Stubblefield Group (which would eventually morph into Incendio), she had production credits on 6 different CD’s under her belt as well as countless TV credits.

The irony is that, after playing in so many genres and in bands from LA to Tahiti to the south of France, she has had the opportunity to return to her first instrument and utilize her formidable classical technique, enhanced by lessons with Jorge Strunz from the famed Strunz and Farah.

JP comes from the world of rock and the blues. Raised in West Los Angeles, JP missed British synth pop completely, opting instead for the rawness of punk rock as well as Jimi Hendrix, Stevie Ray Vaughan and Eric Johnson. However, JP is also of Peruvian descent, so artists like Trio Los Panchos, Los Morochucos, and even Julio Iglesias sat side by side with more rock-oriented music. It is this wealth of South American traditional and pop music that JP came to fuse with rock and jazz through Incendio, a vein he continues to mine in his guitar duo explorations with Liza. Just prior to their meeting, JP got his degree in economics from UC Berkeley, and had worked both in the music industry (at MCA Records) and in Spanish-language television (working at both Univision and Telemundo assisting the production of live music events like Fiesta Broadway).

With “A Bridge Between”, Carbé and Durand lay out a two-guitar vision, a sampling of traditional tunes and new compositions fused together by the transformative dedication of the two players.

What is the most popular event’s repertoire?

It depends on the style of your event! It can be classical, pop, jazz, rock, RnB, Flamenco, Gipsy king style, whom our Gipsy Kings Style Duo SoCal specialize or a combination. All of these pieces will work well as background music for a party. With our SoCal wedding guitar duo, you and your guests will experience a sampling of traditional tunes and new compositions being fused together that will sound perfectly when they’re played just for you on your big day.

What kind of events are best suited for a guitar player?

Guitarists, especially our Gipsy Kings Style Duo in Southern California are the perfect entertainment for all kinds of events. They can play different songs and song requests that can be a great music background for special events including weddings, marriage proposals, private parties, corporate events, cocktail hour and many more!

Where can I find the best Gipsy Kings Style Duo in Southern California?

As one of the leading musician agents, reassured that at OMG, you will find the best selection of musicians you’ve wanted for your parties or events, whether a guitarist, Saxophonist, harpist, Violinist, cellist or even a live band from across Southern California. Our booking service ensures that it is easy to hire musicians best suited for your event, with every booking backed up by a secure contract and 24/7 customer support. By booking with a trusted agency like OMG, you’ll  have the peace of mind to get on with enjoying your event.

Is Gipsy Kings Style Duo suitable for my event?

With a wide variety of musical styles and repertoires, a guitarist can be a flexible entertainment option like the Gipsy Kings Style Duo from SoCal. They can set a lively, fun and funky atmosphere, perform chilled jazz tones for a relaxed vibe, or play arrangements of classical compositions for a quirky twist at your event. Whatever mood you’d like to create, a guitarist can provide attention-grabbing evening entertainment or lively background music for a wide range of events. 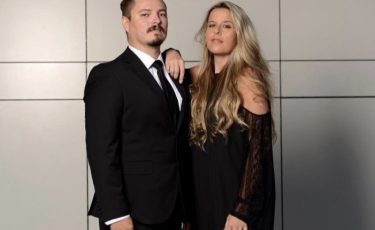 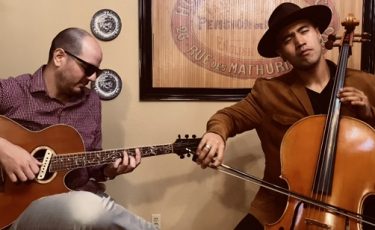 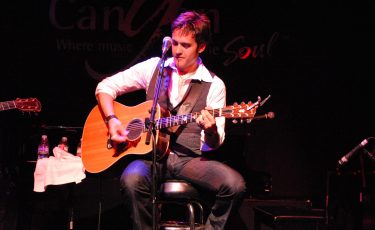 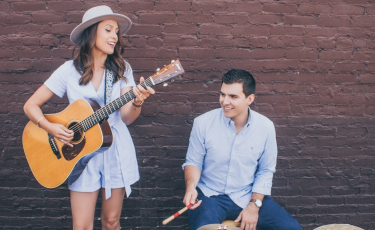 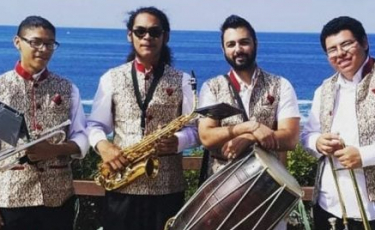 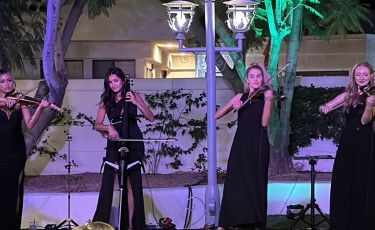 Other Duo Acts nearby